Meet the experienced and friendly doctors and staff who make Amador Valley Optometric a proud provider of vision care products and services in Pleasanton. 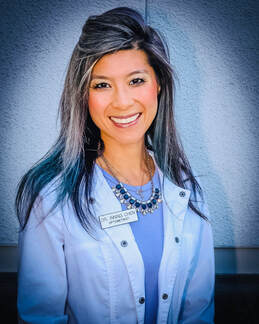 Dr. Inning Chen received her Bachelor of Science degree at UC Berkeley, and then later graduated from the UC Berkeley School of Optometry in 2008 with her Doctor of Optometry Degree and Beta Sigma Kappa honors. She then completed a residency in ocular disease and low vision at the Tucson Veterans Medical Center.

Dr. Chen has a special interest in dry eye and glaucoma treatment with an emphasis on pathological conditions. She has worked for over 15 yrs in several optometric offices from Phoenix to most recently Pleasanton. Although she was born in Mississippi, she considers herself a Bay Area native.  Tri-Valley is her home and she looks forward to continuing to serve her neighbor’s eye care needs as she has done the past few years in Pleasanton.

Dr.Chen is also fluent in Mandarin. In her free time, she enjoys piano, church involvement, and raising her daughter. 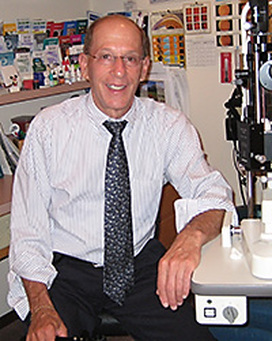 Dr. Barry C. Winston is a native Californian, being raised and reared in southern California. He attended UCLA for part of his undergraduate training, and then transferred to UC Berkeley to complete his undergraduate degree and enter the Optometry program. Dr. Winston graduated from the University of California, Berkeley, School of Optometry with the highest honors, and is extremely proud of his school and curriculum.

After graduating, Dr. Winston established his practice in Pleasanton in 1973, when Pleasanton was in its infancy. He quickly became involved in numerous civic organizations, including the Chamber of Commerce, Lions Club, and JC’s. He is still active in numerous organizations, including the Pleasanton-Tulancingo Sister City Program which just celebrated its 26 year anniversary. Dr. Winston also teaches at the UC School of Optometry and attained the Clinical Professor level. He incorporated the latest technology in his practice to enable his patients to experience the most current state-of-the-art eye care available.

You can schedule your next appointment with us online!